When so-called love handles develop, there’s unfortunately no getting away from them. They are highly visible in both women and men. Male flanks are located just above the belt line on the sides and back. Liposuction can greatly improve the appearance of flanks and reduce the amount of fat that bulges over the belt. Liposuction in females addresses the flanks that are located just under the bra line on the sides and back.The flanks are Dr. Arif’s most common liposuction area for his patients. Regardless of gender, the flanks can be a frustrating area of fatty tissue because they are difficult to eliminate through diet and exercise alone. Further, the flanks simply get worse over time if they are not addressed. The good news is Dr. Arif Hussain performs among the finest love handle liposuction in Pakistan. 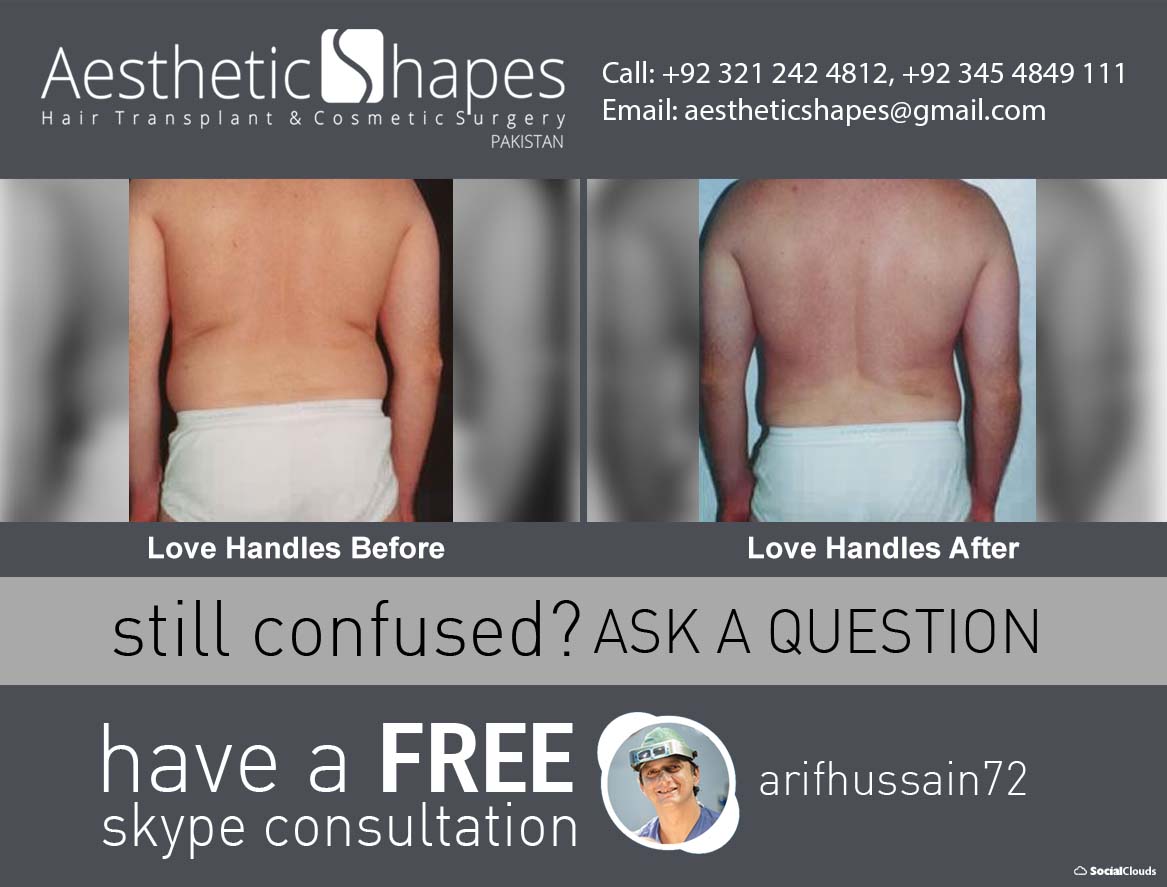 Have a Happy Face Lift!